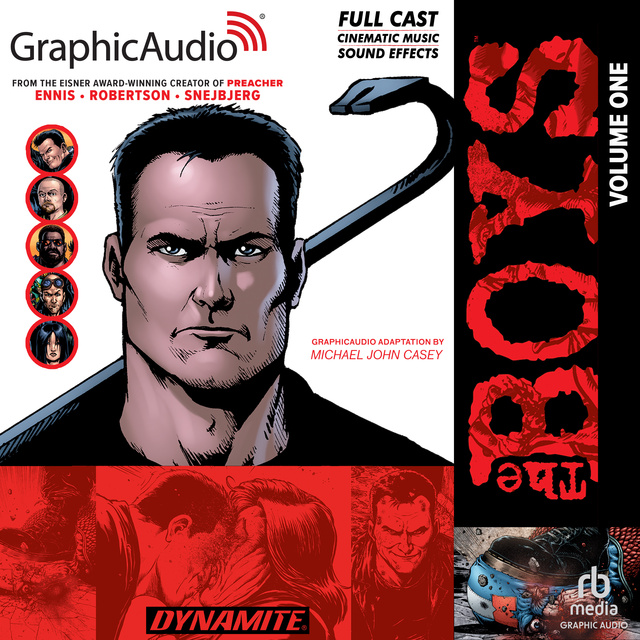 For the first time ever in audio! GraphicAudio and Dynamite Comics are proud to present THE BOYS produced with a full cast of actors, immersive sound effects and cinematic music.

This is going to hurt! In a world where costumed heroes soar through the sky and masked vigilantes prowl the night, someone's got to make sure the "supes" don't get out of line. And someone will! Billy Butcher, Wee Hughie, Mother's Milk, The Frenchman, and The Female are The Boys: A CIA-backed team of very dangerous people, each one dedicated to the struggle against the most dangerous force on Earth - superpower! Some superheroes have to be watched. Some have to be controlled. And some of them - sometimes - need to be taken out of the picture.

That's when you call in The Boys! 14 Issues Adapted to GraphicAudio containing THE NAME OF THE GAME, CHERRY, GET SOME, & GLORIOUS FIVE-YEAR PLAN.

Joseph Rybandt, Executive Editor of Dynamite and Editor of The Boys says, While I did not grow up anywhere near the Golden Age of Radio, I have loved the medium of radio and audio dramas almost my entire life. Podcasts make my commute bearable to this day. To have such an important and powerful piece of graphic fiction adapted into a series of audio dramas? Well, it's perfect, innit? 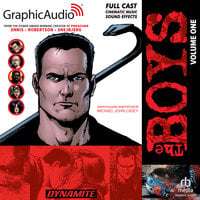