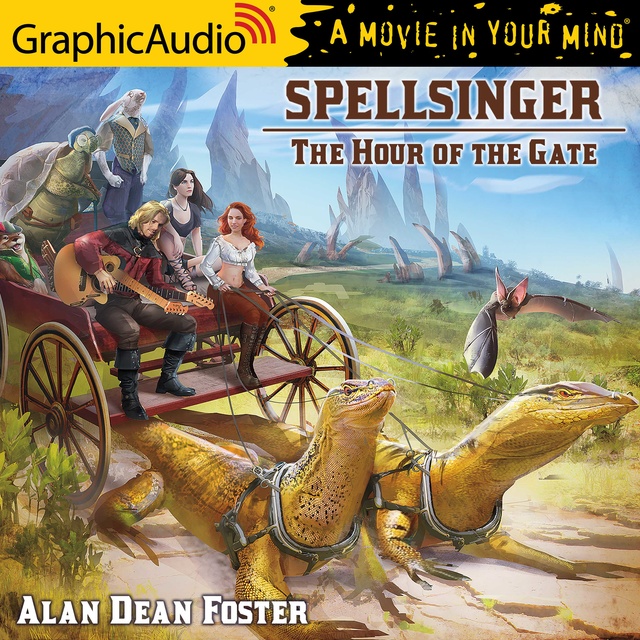 The Hour of the Gate [Dramatized Adaptation]

The Hour of the Gate [Dramatized Adaptation]

Marooned in another universe, a young American musician leads a motley army in battle against an enemy that threatens to destroy their world and ours.

Jon-Tom just wanted to go home. Trapped in a world where animals speak and magic is real, the American college student yearned for an ordinary dorm-room life. But here his music has magical power—even if he can’t control it—which may be able to save the world from the army of the Plated Folk, whose sinister queen plans on killing and eating every warm-blooded mammal she can get her pincers on and taking over their lands.

The great battle is coming, and Jon-Tom, whose posse includes a wizarding turtle, a cowardly bat, and an otter with a filthy mind, must raise an army to fight it. To find allies they must make an impossible journey, across mountains and rivers no one has ever passed before. Survival will be a miracle—but Jon-Tom is no ordinary musician. 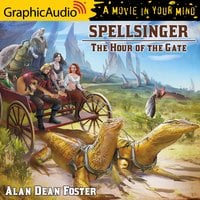