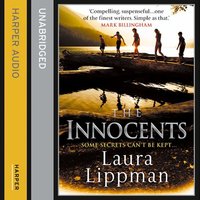 A story of troubled adults, tormented by a secret they shared as children. STAND BY ME meets THE VIRGIN SUICIDES.

‘As five we were mighty, the points on a star…Once we five joined, it was never boys against girls…Two of our triangles cut themselves off and ran away together, and we were never whole again. Never.’

Years ago, they were the best of friends. But as time passed, they grew apart, became adults with families of their own, and began to forget about the past – and the terrible lies they shared.

But now Gordon, the youngest and wildest of the five, has died and the others are thrown together for the first time in years.

Could their long-ago lie be the reason for their troubles today? Is it more dangerous to admit to what they’d done or is it the strain of keeping the secret that is beginning to wear down on their souls.