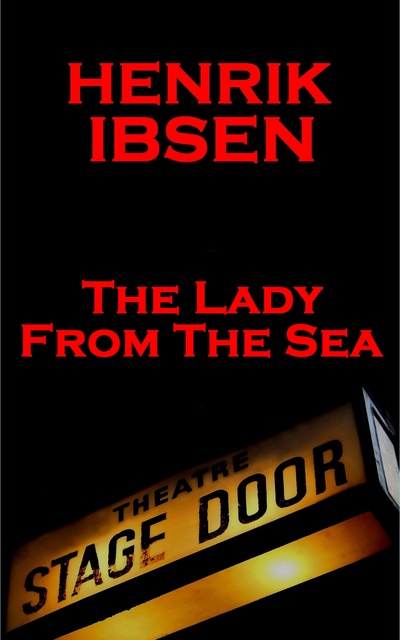 Henrik Ibsen (20th March, 1828 – 23rd May, 1906) is often referred to as the father of realism and ranked just below Shakespeare as Europe’s greatest ever playwright especially as his plays are performed most frequently throughout the world after Shakespeare’s. He was Norwegian and although set his plays in Norway, he wrote them in Danish and lived most of his professional life in Italy and Germany. His affect on the theatre is still evident today and shapes the distinction of plays being art as opposed to entertainment since he broke down all previous traditions and explored issues, developed characterisation, revealed uncomfortable truths, challenged assumptions and brokedown facades in ourselves as well as society. These factors are clearly demonstrated in The Lady from the Sea, the lady being Ellida, the daughter of a lighthouse keeper who therefore grew up by the open sea and has a deep love for it. She married Dr Wangel who had two daughters by his former wife, Bolette and Hilda and they had a son who died as a baby. Her husband recognises the strains put on the marriage by the infant death and is concerned for Ellida’s mental health but more important to Ellida is the return of her former love who she had promised to wait for. She does decide between the two men and her reasons make for good reading in this symbolic play.