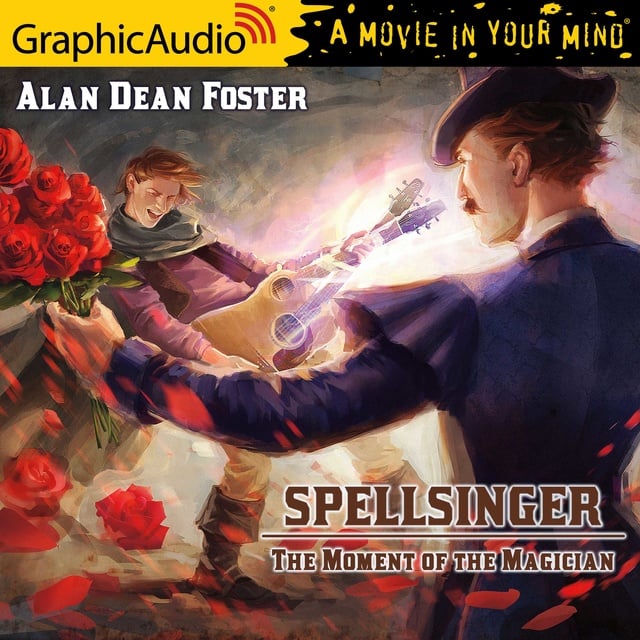 The Moment of the Magician [Dramatized Adaptation]

The Moment of the Magician [Dramatized Adaptation]

In his continuing quest to find his way back to his own world, Jon-Tom the spellsinger must face off against a magician with sinister intentions Far to the south of the peaceful Bellwoods, where Jon-Tom the spellsinger continues trying to master the art of turning music into magic, a sinister force has awakened: a magician with great ambition and unheard-of power. He summons lightning to do his bidding, commands an army of faceless flying demons, and claims to come from another world—one Jon-Tom suspects might be his own. If he can somehow reason with the unknown magician, perhaps they can combine their talents and find a way to go home together. Wary of this new wickedness, Jon-Tom's suspicious mentor sends the spellsinger and his companions on a journey to the southlands, assuring him that the land they are to visit is “tropical, friendly, and largely uninhabited.” As Jon-Tom learns all too often, in this mysterious world much will be proven catastrophically wrong. 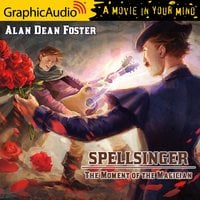