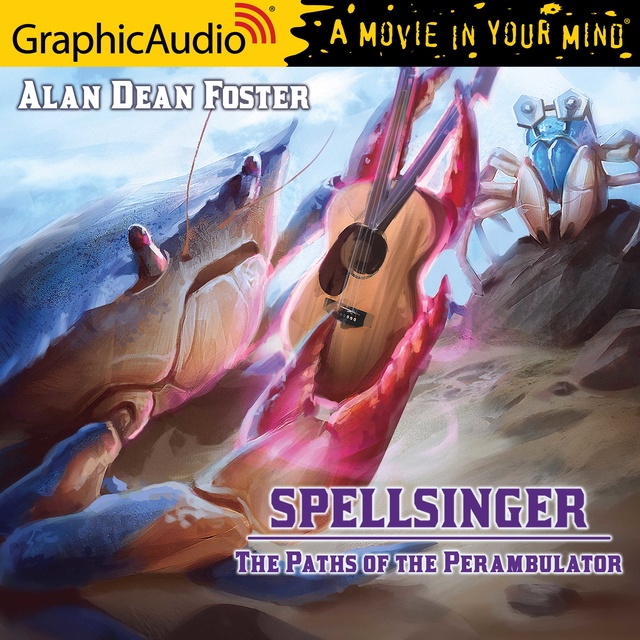 The Paths of the Perambulator [Dramatized Adaptation]

The Paths of the Perambulator [Dramatized Adaptation]

Jon-Tom the spellsinger and his friends venture into the high mountains to free a cosmic creature whose captivity threatens to drive the whole world mad It's an ordinary day in the Bellwoods, save for the fact that Jon-Tom the spellsinger has awoken as a six-foot blue crab. He soon reverts to normal—as normal as a college student trapped in a world of magic and talking animals can be, anyway—but the bizarre changes keep happening, affecting not just him but the whole of this strange world. His wizardly mentor suspects these are the effects of the perambulator, a cosmic being whose presence distorts reality. One has been imprisoned in the mountains, and unless they free it, it will rip the world to shreds one insane illusion at a time. So Jon-Tom sets out, backed by the wizard, a boozehound owl, a gutter-minded otter, and a warrior koala with a taste for leather. Saving the world will be a cinch, as long as they don't lose their minds along the way.