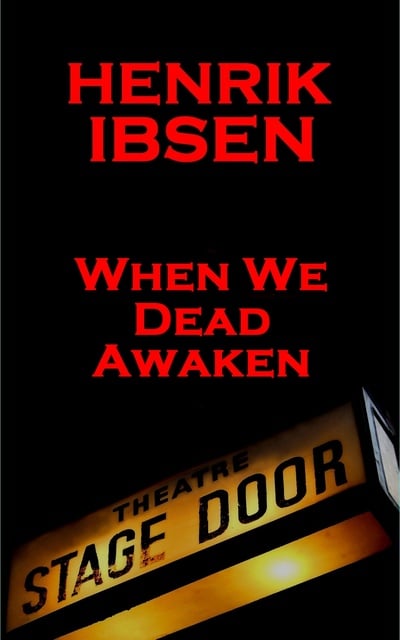 Henrik Ibsen (20th March, 1828 – 23rd May, 1906) is often referred to as the father of realism and ranked just below Shakespeare as Europe’s greatest ever playwright especially as his plays are performed most frequently throughout the world after Shakespeare’s. He was Norwegian and although set his plays in Norway, he wrote them in Danish and lived most of his professional life in Italy and Germany. His affect on the theatre is still evident today and shapes the distinction of plays being art as opposed to entertainment since he broke down all previous traditions and explored issues, developed characterisation, revealed uncomfortable truths, challenged assumptions and brokedown facades in ourselves as well as society. These factors are clearly demonstrated in When We Dead Awaken which centres around celebrated sculptor Arnold Rubek whose fame rests with his great work “The Day of the Resurrection” which he sculpted when he was younger. The model for this piece had been Irene and although he had feelings for her, he moved on and married Maia. He feels his creativity has dwindled and Irene might be able to unleash this again. Irene appears mysteriously and perceives her modelling for his work as the epitome of her life and therefore is now dead to any other experiences and has lost any respect for the sanctity of life. Ibsen’s exploration of artistic intensity and integrity through this powerful relationship with its pervading images of stone demonstrates a passion for life that is unable to be realised and gives the play an ironic conclusion that is a must read.