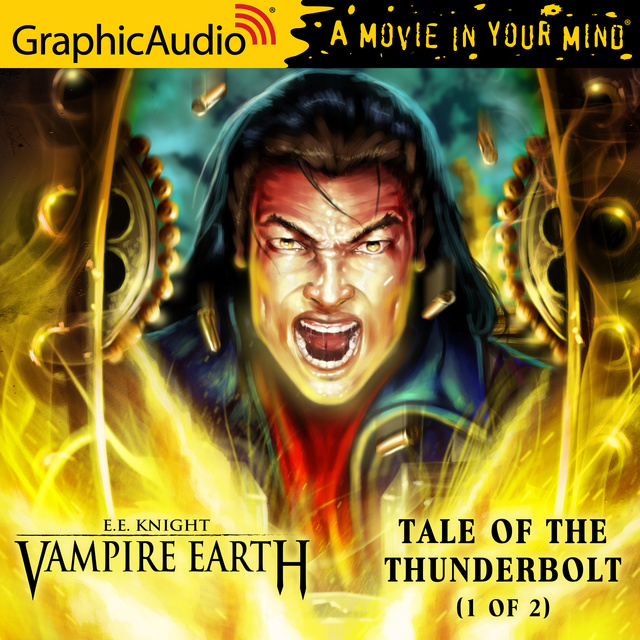 Tale of the Thunderbolt (1 of 2) [Dramatized Adaptation]

Tale of the Thunderbolt (1 of 2) [Dramatized Adaptation]

It’s the forty-eighth year of the Kurian Order. The alien, vampiric Kur and their avatars, the Reapers, control most of the Earth- their new feeding ground. Humanity is scattered and survives only at their new master’s whims. But the Resistance is attempting to reclaim Earth. David Valentine, member of the elite Cat spy force, is in enemy uniform aboard the aging gunboat Thunderbolt. Whispers have reached him of the discovery of a long-lost weapon in the Caribbean- the first glimmer of hope for humanity to finally defeat the Reapers. Control of the ship lies in the hands of a tyrannical captain, and nothing short of full-scale mutiny can win it back. With only a few loyal sailors at his side, Valentine embarks on a terrifying journey through the deadly waters of the Gulf, searching for the weapon that will guarantee that this year- the forty-eighth year of the Kurian Order’s domination of Earth- will be the Kurian’s last… Performed by Ken Jackson, Tim Getman, Colleen Delany, Nanette Savard, Lily Beacon, Richard Rohan, Andy Clemence, Tim Carlin, James Lewis, Elliot Dash, Thomas Penny, Terence Aselford, Dexter Hamlett, Yasmin Tuazon, Michael Glenn, Mort Shelby, Sunny Lasskey, David Coyne, Joe Brack, Johann Dettweiler. 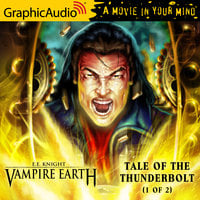