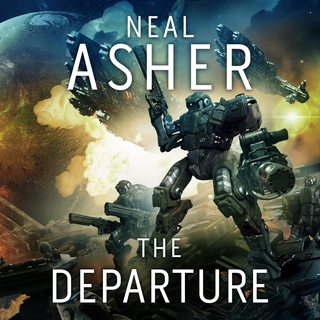 The Argus Space Station looks down on a nightmarish Earth. And from this safe distance, the Committee enforces its despotic rule. There are too many people and too few resources, and they need twelve billion to die before Earth can be stabilized. So corruption is rife, people starve, and the poor are policed by mechanized overseers and identity-reader guns. Citizens already fear the brutal Inspectorate with its pain inducers. But to reach its goals, the Committee will unleash satellite laser weaponry, taking carnage to a new level.

This is the world Alan Saul wakes to, travelling in a crate destined for the Calais incinerator. How he got there he doesn’t know, but he remembers pain and his tormentor’s face. He also has company: Janus, a rogue intelligence inhabiting forbidden hardware in his skull. As Janus shows Saul an Earth stripped of hope, he resolves to annihilate the Committee and their regime. Once he’s discovered who he was, and killed his interrogator . . .
Più informazioni
Editore: Macmillan Digital Audio
Pubblicato: 2017-10-12
ISBN: 9781509865086
16H 52Min
Inglese
3,9
Categoria: Fantasy e fantascienza
Serie: Owner series: 1