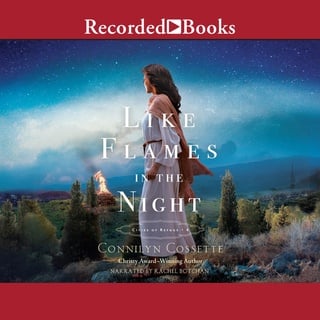 Scritto da: Connilyn Cossette
Letto da: Rachel Botchan
Formato: Audio
14H 6Min
Inglese
Strong-willed Tirzah wants to join her people in driving the enemy from the land of Israel and undergoes training for a secret mission inside the stronghold of Shechem. But soon after she has infiltrated the ruthless Aramean commander's kitchen, she makes a reckless decision that puts her and her allies in grave danger.

Fresh off the battlefield, Liyam returns home to discover his beloved daughter is dead. After his vow to hunt down her killer leads to months of fruitless pursuit, his last hope is in a family connection that comes with strings attached. Strings that force him to pose as a mercenary and rescue an infuriating woman who refuses to leave her mission uncompleted.

When an opportunity to pave a path to a Hebrew victory arises, can Tirzah convince Liyam to fight alongside her in the refuge city of her birth? Or will Liyam's thirst for vengeance outweigh his duty to his people, his God, and the woman he's come to love?
Più informazioni
Editore: Recorded Books, Inc.
Pubblicato: 2020-03-03
ISBN: 9781980064398
14H 6Min
Inglese
Categoria: Romance
Romance Romanzi storici

Shelter of the Most High

A Light on the Hill

The Maid of Fairbourne Hall

More Than Meets the Eye

A Brush of Wings