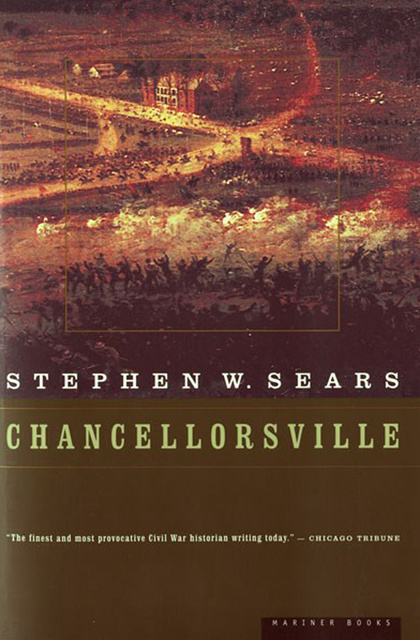 A new look at the Civil War battle that led to Stonewall Jackson’s death: A Publishers Weekly Best Book of the Year and “tour de force in military history” (Library Journal).

From the award-winning, national bestselling author of Gettysburg, this is the definitive account of the Chancellorsville campaign, from the moment “Fighting Joe” Hooker took command of the Army of the Potomac to the Union’s stinging, albeit temporary, defeat. Along with a vivid description of the experiences of the troops, Stephen Sears provides “a stunning analysis of how terrain, personality, chance, and other factors affect fighting and distort strategic design” (Library Journal).

“Most notable is his use of Union military intelligence reports to show how Gen. Joseph Hooker was fed a stream of accurate information about Robert E. Lee’s troops; conversely, Sears points out the battlefield communications failures that hampered the Union army at critical times … A model campaign study, Sears’s account of Chancellorsville is likely to remain the standard for years to come. ” —Publishers Weekly