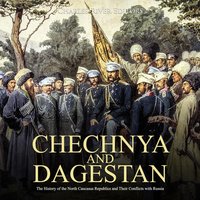 Chechnya and Dagestan: The History of the Chechen Republic and the Ongoing Conflict with Russia

Today, Chechnya is a republic with some degree of autonomy in the contemporary Russian Federation. Its population is just over a million people, and it stretches over an area of 17,000 square kilometers. The majority of Chechnya’s population is comprised of Sunni Muslims, meaning religion has played a key role in the territory’s development. In southwestern Russia, landlocked within 100 kilometers of the Caspian Sea, Chechnya is north of the Caucasian mountains, bordering other North Caucasus provinces such as North Ossetia, and Dagestan, and Georgia.

Russia itself is a well-established Slavic, Orthodox Christian country, though its majority Muslim provinces were not obvious to outsiders until the post-Soviet conflicts of the 1990s. The history of the Chechen people in the region is, nevertheless, long-established, and Chechnya has become synonymous with conflict, civil war, and discontent. While many people are aware of that, few understand how things reached that point. The area is complex and fascinating, representing one of the world’s true fault lines in terms of religion, empire, and geography.

Wedged in the North Caucasus mountain range and bordering the Caspian Sea, Dagestan is a true meeting point of cultures, religions and geopolitical rivalries. A crossroad between east and west, Dagestan has been vitally important at different times for various powers in Asia, Europe, and the Middle East, and even between different religious and ethnic groups. In spite of all that, and in large measure because of it, Dagestan’s society is a composite of these rivalries over the centuries.