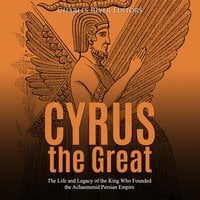 Cyrus the Great: The Life and Legacy of the King Who Founded the Achaemenid Persian Empire

At one point in antiquity, the Achaemenid Persian Empire was the largest empire the world had ever seen, but aside from its role in the Greco-Persian Wars and its collapse at the hands of Alexander the Great, it has been mostly overlooked. When it has been studied, the historical sources have mostly been Greek, the very people the Persians sought to conquer. Needless to say, their versions were biased.

Of course, this reality has deepened the mystique that surrounds Cyrus even to this day, and it has elevated his status from conqueror and king to enlightened humanist monarch and ideal ruler. In fact, a modern misconception based on Cyrus, Cylinder has labeled him the first proponent of civil rights, though this is somewhat of an exaggeration. The argument hinges on the Cylinder being a unique artifact in listing the ideology by which Cyrus intended to rule, but it equally ignores the fact that such declarations were commonplace among kings of the ancient Near East and more a tool of monarchal propaganda than a sweeping declaration of human rights.

That said, Cyrus was a fair and rational leader, particularly compared to the many brutal kings and warlords of ancient times. The high praise he received, even from his enemies, must certainly not be dismissed, and the admiration directed toward him came from many other exceptional individuals, including Alexander the Great, a bitter enemy of the empire Cyrus founded. Whatever the underlying issues, the incredible achievements of Cyrus distinguish him as one of the greatest kings in history, and his life, conquests, reforms, and rule continue to be of great interest over 2,500 years later.

Cyrus the Great: The Life and Legacy of the King Who Founded the Achaemenid Persian Empire looks at the life of the Persian leader and the major legacy he left.