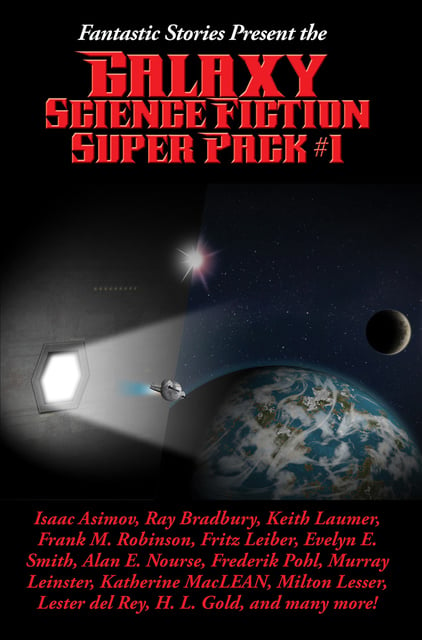 Edited by H. L. Gold; ‘Galaxy Science Fiction’ hit the scene in 1950 and quickly became the leading science fiction magazine of its time. Galaxy gave a home to writers that didn't fit into Astounding and F&SF, and readers rejoiced. In this first ‘Galaxy Science Fiction Super Pack’ we bring you more than five hundred pages of fiction. These are the stories that helped Galaxy Magazine carve it's name on the Mount Rushmore of science fiction.