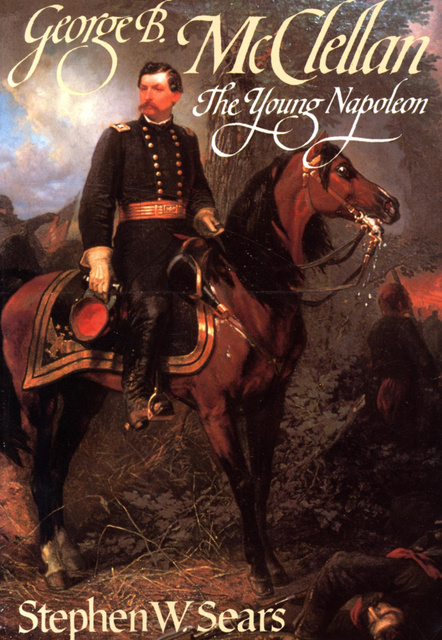 George B. McClellan: The Young Napoleon

George B. McClellan: The Young Napoleon

“Commander of the Northern army in the Civil War, Gen. George McClellan saw himself as God’s chosen instrument for saving the Union. Self-aggrandizing, with a streak of arrogant stubbornness, he set himself above President Lincoln, whom he privately called ‘the Gorilla. ’ To ‘the young Napoleon, ’ as McClellan’s troops dubbed him, abolition was an ‘accursed doctrine. ’ Fond of conspiracy plots, he insisted that the Lincoln administration had traitorously conspired to set him up for military defeat. Although he constantly anticipated one big, decisive battle that would crush the South, he squandered one military opportunity after another, and, if Sears is correct, he was the worst strategist the Army of the Potomac ever had. Based on primary sources, letters, dispatch books, diaries, newspapers, this masterly biography is an astonishing portrait of an egotistical crank who could snatch defeat from the jaws of victory. ” —Publishers Weekly

“Engagingly written and thoroughly researched, Sears’s persuasive critique is the best and most complete biography of this controversial general. ” —Library Journal

“The best biography of McClellan ever published. Sears uses intensive research, including new material, to document the tormented, wasted military career of a talented man … The enigma of McClellan has never been explained so well … Historians should be grateful. ” —The Washington Post Book World