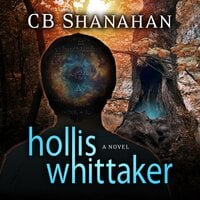 It changed the course of WWII. In 1945, it was stolen. Now a ten-year-old boy has found it, and the government will kill him to get it.

When ten-year-old Hollis Whittaker picks up a strange medallion he stumbled upon at the edge of a stream, he suddenly begins exhibiting signs of brilliance, even discovering the solar system's Planet X and astounding the astronomical community. The awkward, overweight fifth grader with heart problems is an instant media sensation, but all is not well. The genius-making medallion bonds to only one person for life and the U.S. government has been searching for it since World War II, which means they're prepared to kill Hollis to acquire it so they can exploit the medallion's immense power.

After a thwarted hit job by two military agents, Hollis treks cross-country with the aid of his best friend Kirby and a Navajo woman, Cha'Risa, whose family possessed the medallion—the Nílch'i—more than seventy years ago. They are hoping Cha'Risa's aged grandfather will be able to help them. Unfortunately, the whole country believes she has kidnapped the boys, and the agents who are trying to kill Hollis have the system on their side.