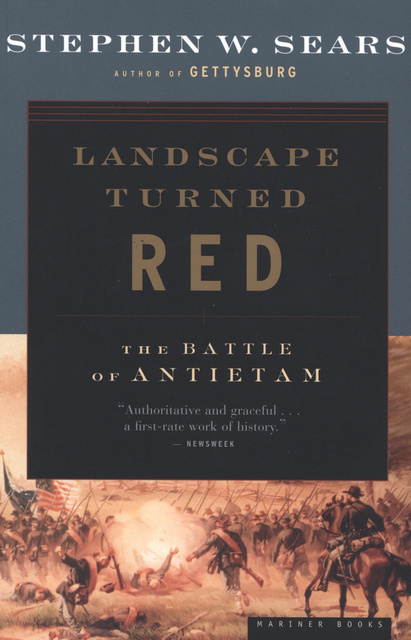 “The best account of the Battle of Antietam” from the award-winning, national bestselling author of Gettysburg and Chancellorsville (The New York Times Book Review).

The Civil War battle waged on September 17, 1862, at Antietam Creek, Maryland, was one of the bloodiest in the nation’s history: in this single day, the war claimed nearly 23,000 casualties. In Landscape Turned Red, the renowned historian Stephen Sears draws on a remarkable cache of diaries, dispatches, and letters to recreate the vivid drama of Antietam as experienced not only by its leaders but also by its soldiers, both Union and Confederate. Combining brilliant military analysis with narrative history of enormous power, Landscape Turned Red is the definitive work on this climactic and bitter struggle.

“A modern classic. ”—The Chicago Tribune

“No other book so vividly depicts that battle, the campaign that preceded it, and the dramatic political events that followed. ”—The Washington Post Book World

“Authoritative and graceful … a first-rate work of history. ”—Newsweek