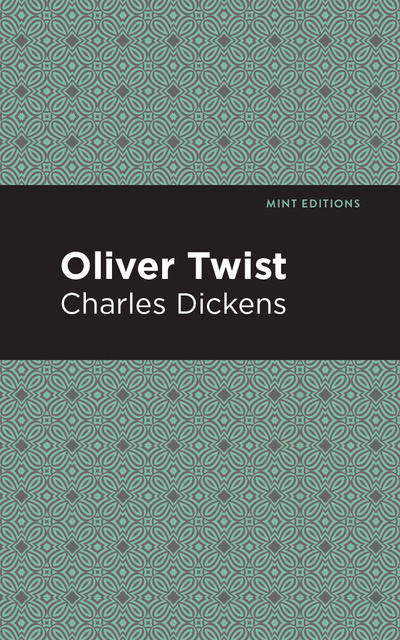 ”The greatest writer of his time.”-Edmund Wilson

“One of the great poets of the novel, a genius of his art”-Edgar Johnson

”In Oliver Twist …Dickens attacked English institutions with a ferocity that has never since been approached.”-George Orwell

With an incredible cast of characters, and an unvarnished portrayal of the early 1800’s criminal underbelly in Victorian London, Dicken’s second novel is an unforgettable masterpiece of the English language. Oliver Twist begins in a workhouse north of London where a young orphan named Oliver lives a brutal and impoverished life, and is subjected to a series of torments as he is handed off to an undertaker to work as a mourner at funerals. After a succession of maltreatments, Oliver runs away to London for a better life.

In London, Oliver unwittingly falls into company of a gang of juvenile pickpockets who are under the spell of the sinister criminal Fagin and makes his home with them. Oliver is mistakenly accused of pickpocketing an older gentleman named Mr. Brownlow and arrested. In the ensuing trial Mr. Brownlow recognizes that Oliver was indeed innocent of the crime and takes him into care at his residence. Just as it appears that his life has improved Oliver is accosted back into the world of Fagin and his band of young miscreants. In the ensuing twists of fate, a great mystery is revealed, and Oliver finally fulfills his retribution.

With an eye-catching new cover, and professionally typeset manuscript, this edition of Oliver Twist is both modern and readable.