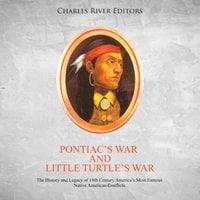 Throughout history, there have been men of war and men of peace, but few have actually had a war named after them. One of them was Pontiac, also known as Obwandiyag, an Odawa chief who left his mark on history by continuing the battle against the British after their official triumph during the French and Indian War. While modern historians question how important Pontiac’s role was in shaping America’s destiny, his leadership during Pontiac’s War was seen at that time as important enough to warrant significant articles and even a few 18th century books. Since these books were written by the British, or at least men who supported their cause, the descriptions of Pontiac were often not complimentary. Likewise, 19th century authors tended to portray him as something of an evil genius who plotted against the British and then drove his people into battle. Not surprisingly, 20th century scholarship depicted him differently, portraying Pontiac as an important leader who had more influence over his own local band of Native Americans than over some vast army.

For the most part, the conflicts that followed consisted mostly of the Native Americans suffering defeat in the face of a better-equipped adversary, interspersed with binding treaties, which, on the side of the federal government, proved not very binding at all. Occasionally, however, there arose a Native American leader of such ability that such defeats were temporarily reversed, and Little Turtle, the war chief of the Miami tribe, was one such man. Under his leadership, a confederation of Miami and other tribes inflicted the worst defeat ever suffered by an American army in the newly independent nation. Almost a quarter of the Army’s total strength was lost in a single battle, but while later Native American leaders such as Sitting Bull and Crazy Horse have become legends, Little Turtle is not as well-remembered.