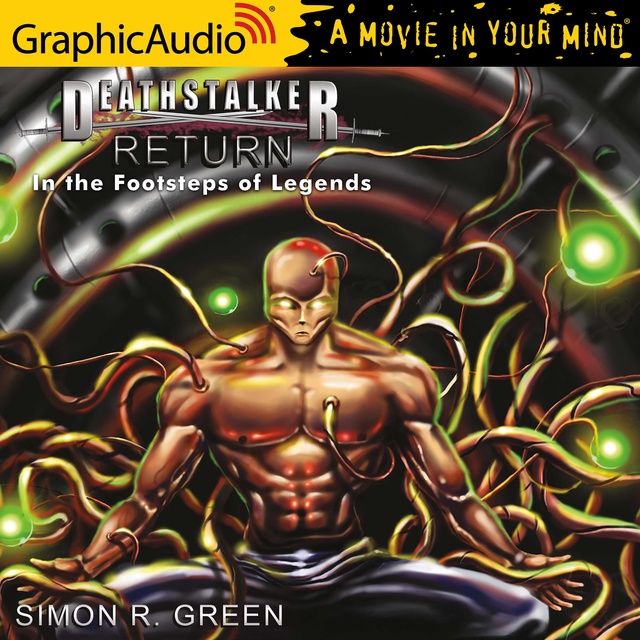 Return: In the Footsteps of Legends (1 of 3) [Dramatized Adaptation]

Return: In the Footsteps of Legends (1 of 3) [Dramatized Adaptation]

Lewis Deathstalker and his beloved Jesamine Flowers are fugitives from the Empire, and fate has assembled a bizarre company of companions for them. Brett Random, a scoundrel claiming to be descended from Owen Deathstalker's comrades Jack Random and Ruby Journey, Rose Constantine, a psychopathic female gladiator from the Arenas, and Saturday, an eight-foot tall reptilian alien, have attached themselves to the reluctant rebels, who have determined to carry out their own quest to find the long-lost Owen Deathstalker, deemed the only one who can save humanity from the coming Terror. With the Empire hot on their heels, their mission brings them to the forbidden planet Unseeli, home of the mysterious winged Ashrai, as well as another legendary figure from Owen's time. As the treachery of his official Champion and chief advisor becomes increasingly apparent, King Douglas continues to play the broken man, while surreptitiously preparing some form of retaliation. 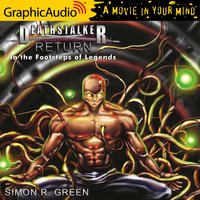