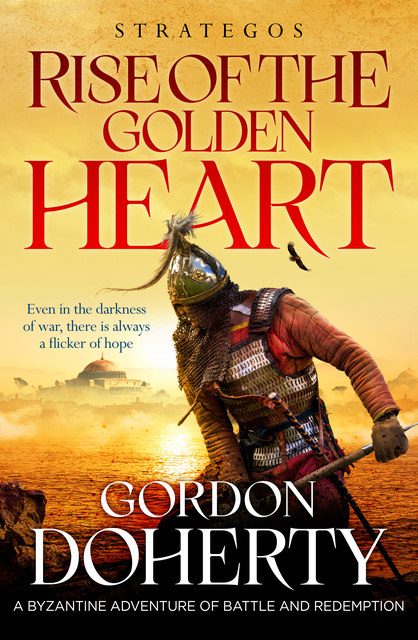 Strategos: Rise of the Golden Heart: A Byzantine adventure of battle and redemption

Strategos: Rise of the Golden Heart: A Byzantine adventure of battle and redemption

Even in the darkness of war, there is always a flicker of hope.
AD 1068. The Seljuk Sultanate tears at Byzantium’s borders. Alp Arslan’s armies grow stronger with every victory, while the Byzantines forces dwindle, the hope in their hearts guttering its last. All cry out for a new warrior emperor to lead them to salvation.

This war has been Apion’s mistress for many years now. As Strategos – high general – of the Chaldian border army, he is driven, shrewd and fearless.

When news emerges that a new soldier-emperor, Romanus Diogenes, is to be crowned, Apion is summoned to Constantinople to witness the ascension. It is not the formality he expects. Instead, he is lured into a lethal plot, where enemies within seek to divert power into the hands of another.

Then reports arrive of a renewed Seljuk assault on the Byzantine borders. Apion must use all his wits to guide Diogenes safely onto the throne, and then spirit him to the head of the army to meet the Seljuk threat… and to give the soldiers back their hope.

The thrilling second novel in the Strategos series, perfect for fans of Angus Donald and Conn Iggulden.