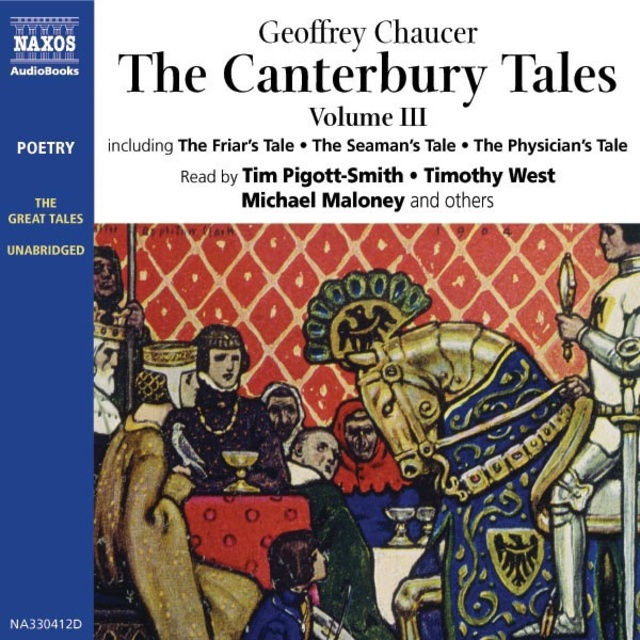 Chaucer’s The Canterbury Tales, a collection of narratives written between 1387 and 1400, tells of a group of thirty people from all layers of society who pass the time along their pilgrimage to Canterbury by telling stories to one another, their interaction mediated (at times) by the affable host – Chaucer himself. Naxos AudioBooks’ third volume presents the tales of six people, here in an unabridged modern verse translation (by Frank Ernest Hill, (1935)). This is an ideal way to appreciate the genuinely funny and droll talent of England’s early master storyteller. Seven leading British actors bring the medieval world into the twenty first century, and at least in terms of character, not much seems to have changed! 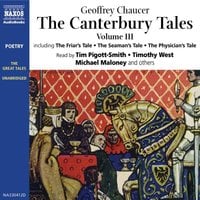