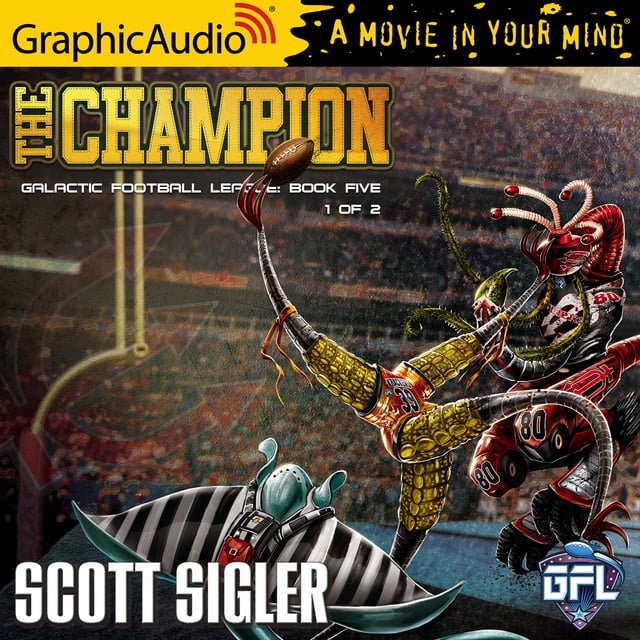 The Champion (1 of 2) [Dramatized Adaptation]

The Champion (1 of 2) [Dramatized Adaptation]

Seven centuries in the future, the sport of American football has never been bigger, never been faster, never been more lethal. Trillions of fans from all over the galaxy watch six unique races battle in contests so violent that deaths are part of the stat sheet.

Star quarterback Quentin Barnes has led his beloved Ionath Krakens to glory on the gridiron and become the most-recognized individual in history, but it is off the field where his world crumbles around him. Over four seasons with Ionath, he's picked up powerful enemies: one of which drove his sister into the Portath Cloud, a place from which no ship returns. Because his enemies include his team owner a possessive crime lord who treats players like property and the ruling government that controls the shipping lanes, Quentin and his friends must hide from the media spotlight as they search for a way to rescue his sister.

The GFL series melds star-spanning scifi, brutal crime fiction and intense sports action into a smash-mouth extravaganza unlike anything you've read before. 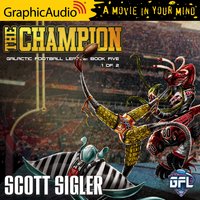