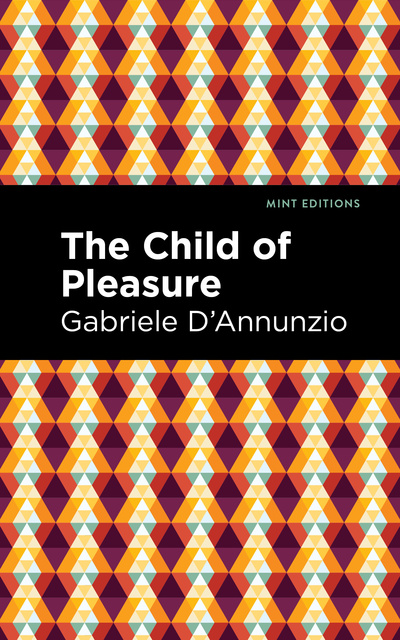 The Child of Pleasure

The Child of Pleasure

The Child of Pleasure (1889) is a novel by Gabriele D’Annunzio. The first in a series of three novels exploring the lives of the Italian bourgeoisie, The Child of Pleasure marked a shift in D’Annunzio’s early writing, which consisted of poems in the Symbolist tradition. Considered a central text of Italian Decadentism, the novel has earned comparisons to the work of Oscar Wilde and Joris-Karl Huysmans.

“The next evening, he arrived at the palace a few minutes earlier than usual, with a wonderful gardenia in his button-hole and a vague uneasiness in his mind. His coupé had to stop in front of the entrance, the portico being occupied by another carriage, from which a lady was alighting. The liveries, the horses, the ceremonial which accompanied her arrival all proclaimed a great position. The Count caught a glimpse of a tall and graceful figure, a scintillation of diamonds in dark hair and a slender foot on the step. ”

From his home at the Palazzo Zuccari, Andrea Sperelli leads a life in pursuit of beauty, pleasure, and women. When an ex-lover returns to Rome following the breakdown of her marriage, he loses interest in his numerous affairs and longs to regain her love. But the past proves difficult to forget, the memories of betrayal and unhappiness no less painful after so many years apart. Wounded in a duel, Andrea is taken to a rural village to recuperate.

There, he meets the beautiful Maria, who seems to promise a life of love and friendship. With a beautifully designed cover and professionally typeset manuscript, this edition of Gabriele D’Annunzio’s The Child of Pleasure is a classic work of Italian literature reimagined for modern readers.