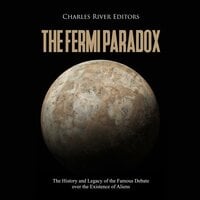 The Fermi Paradox: The History and Legacy of the Famous Debate over the Existence of Aliens

Naturally, as technological advances and the creation of flying aircraft became realities, the sighting of UFOs increased, as did the interest in potential contact with aliens. While incidents like the one at Roswell led to conspiracies and a craze among those who insisted the government was hiding proof of extraterrestrials’ existence, governments across the world were actually secretly studying UFO sightings by the mid-20th century.

Given all of that, it would hardly be groundbreaking for scientists in the 20th century to have a lunchtime discussion in which the search for extraterrestrial life arises, and the question of where it might reside is innocuous enough. However, a furor was created somewhat innocently when physicist Enrico Fermi voiced his “casual lunchtime remark” in the presence of colleagues in 1950. The august company included Edward Teller, a Hungarian physicist, Herbert York, am American nuclear physicist whose lineage included Mohawk heritage, and Emil Konopinski, a nuclear physicist of Polish origin. Fermi himself, an Italian-American born in Rome, was renowned for developing a statistical base for subatomic phenomena, work on nuclear alterations caused by neutrons, and for leading the first controlled chain reaction from nuclear fission. A gifted theoretician, he advanced the field of statistical mechanics, and won the Nobel Prize over a decade before he asked his important question. The four men represented a fair percentage of the research core during the Manhattan Project that developed and produced the atomic bomb.

Despite the sophisticated conversation that appears to have followed, Fermi’s oft-asked question soon became elevated within the scientific community as the Fermi Paradox. The subsequent musings on our search for extraterrestrial life have grown to such proportions that extensive lists of solutions to the inquiry proliferate with each passing year.