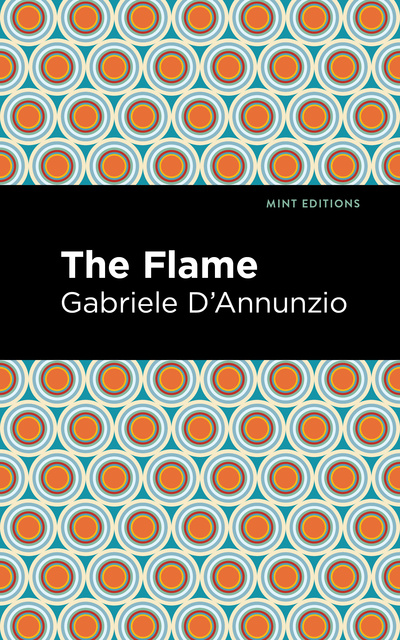 The Flame (1900) is a novel by Gabriele D’Annunzio. Inspired by the author’s interpretation of the work of Friedrich Nietzsche and Walter Pater, The Flame is a semi-autobiographical account of the end of D’Annunzio’s relationship with famed actress Eleonora Dusa. Considered a central text of Italian Decadentism, the novel has earned comparisons to the work of Oscar Wilde and Joris-Karl Huysmans.

“With an all-comprehensive glance, she looked around at all the beauty of this last twilight of September. In the dark wells of her eyes were reflected the circles of light made by the oar as it flashed in the water, which was illuminated by the glittering angels that shone from afar on the campaniles of San Marco and San Giorgio Maggiore. ” Venice, a symbol of the Renaissance, is changing. The churches and canals of old remain, but an era of cultural achievement is coming to a close.

As the public anticipates the death of legendary composer Richard Wagner, who has taken to his deathbed at the palace of Ca’ Vendramin Calergi, Stelio Effrena dreams of establishing his reputation as one of Italy’s greatest poets. Filled with theories of art and philosophies of life, possessing an undeniable mastery of language, he nevertheless feels uninspired by his muse, the aging actress La Foscarina.

Meditative and introspective, The Flame has attracted praise for its portrayal of nineteenth century Venice, a city seemingly lost in time. With a beautifully designed cover and professionally typeset manuscript, this edition of Gabriele D’Annunzio’s The Flame is a classic work of Italian literature reimagined for modern readers.