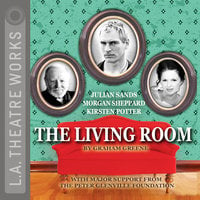 London in the 1950s. A mysterious house, home to a family that has seen better days, will not yield its secrets. And a love affair turns to tragedy...Greene, one of the foremost writers of the 20th century, based the play on his own passionate but doomed affairs, and his conflicted view of Catholicism.

Includes an interview with one of the world's foremost biographers of Graham Greene, Dr. Norman Sherry.

Directed by Nataki Garrett. Recorded before a live audience at the Harry Ransom Center, The University of Texas at Austin in February of 2005.