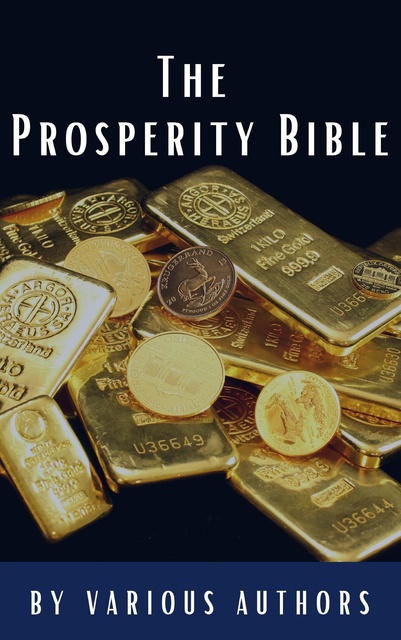 YOU CAN, by George Matthew Adams
AS A MAN THINKETH, by James Allen
EIGHT PILLARS OF PROSPERITY, by James Allen
FROM POVERTY TO POWER, by James Allen
FOUNDATION STONES TO HAPPINESS AND SUCCESS, by James Allen
THE SECRET OF SUCCESS, by William Walker Atkinson
THE POWER OF CONCENTRATION, by William Walker Atkinson
MEDITATIONS, by Marcus Aurelius
HOW TO MAKE MONEY, by B.F. Austin
THE ART OF MONEY GETTING, by P.T. Barnum
YOUR INVISIBLE POWER, by Genevieve Behrend
THE RICHEST MAN IN BABYLON, by George S. Clason
THE SECRET OF THE AGES, by Robert Collier
ACRES OF DIAMONDS, by Russell H. Conwell
THE KEY TO SUCCESS, by Russell H. Conwell
PRAYING FOR MONEY, by Russsell H. Conwell
WHAT YOU CAN DO WITH YOUR WILL POWER, by Russell H. Conwell
SELF MASTERY THROUGH CONSCIOUS AUTOSUGGESTION, by Emile Coue
PROSPERITY, by Charles Fillmore
THE MENTAL EQUIVALENT, by Emmet Fox
AUTOBIOGRAPHY, by Benjamin Franklin
THE WAY TO WEALTH, by Benjamin Franklin
THE PROPHET, by Kahlil Gibran
THE POWER OF AWARENESS, by Neville Goddard
THE MASTER KEY SYSTEMS, by Charles F. Haanel
MAKING YOUR SELF THE MASTER, by Harvey Hardman
THINK AND GROW RICH, by Napoleon Hill
THE LAW OF SUCCESS, by Napoleon Hill
A MESSAGE TO GARCIA, by Elbert Hubbard
DOLLARS AND SENSE, by William Crosbie Hunter
WHY SOME SUCCEED WHILE OTHERS FAIL, by H.A. Lewis
THE PRINCE, Niccolo Machiavelli
HOW TO SUCCEED, by Orison Swett Marden
AMBITION AND SUCCESS, by Orison Swett Marden
ARCHITECTS OF FATE, by Orison Swett Marden
THE POWER OF OUR SUBCONSCIOUS MIND, by Joseph Murphy
THE BOOK OF FIVE RINGS, by Miyamoto Musashi
THE STRANGEST SECRET, by Earl Nightingale
HOW TO ATTRACT SUCCESS, by F.W. Sears
THE GAME OF LIFE AND HOW TO PLAY IT, by Florence Scovel Shinn
HOW TO GROW SUCCESS, by Elizabeth Towne
IN TUNE WITH THE INFINITE, by Ralph Waldo Trine
TAO TE CHING, by Lao Tzu
THE ART OF WAR, by Sun Tzu
THE SCIENCE OF GETTING RICH, by Wallace D. Wattles

In a beautiful, durable volume suited to a lifetime of use, here is the all-in-one ""bible"" on how to harness the creative powers of your mind to achieve a life of prosperity-packaged in a handsome display box with a ribbon bookmark.

The Prosperity Bible is a one-of-a-kind resource that collects the greatest moneymaking secrets of authors from every field-religion, finance, philosophy, and self-help-and makes them available in an attractive, keepsake edition. This is a book to treasure and return to again and again for guidance, ideas, know-how, and inspiration.

Here is the only single volume where you can read success advice from Napoleon Hill, P. T. Barnum, Benjamin Franklin, Charles Fillmore, Wallace D. Wattles, Florence Scovel Shinn, and Ernest Holmes-along with a bevy of million-copy-selling writers who have one key element in common: a commitment to understanding and promulgating the laws of winning.

These are the beloved teachers and writers who created the idea of a mental formula for success. Their principles, comprehensively collected in nineteen selected writings, have been proved in the experience of millions of men and women who have cherished their works from the late nineteenth century to the present day. Now they are enshrined in this all-in-one treasury-complete in a handsome display box with a ribbon bookmark.