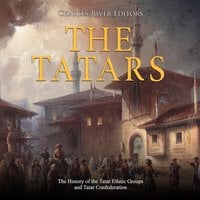 The Tatars: The History of the Tatar Ethnic Groups and Tatar Confederation

A history of the Tatar peoples covers a huge expanse of territory, time, and the rise and fall of many Tatar communities. As such, they played a role in Europe, Asia, and the Middle East over several centuries, and from Genghis Khan to Ivan the Terrible and Josef Stalin, some of history’s most infamous tyrants have played a key role in this story. Crucially, the history of the Tatars is one that seems to take place at the fringes of the great empires.

According to an article in the history magazine Ancient Origins, Westerners tended to refer to the Mongol Empire and the various Khanates, including the Crimean Khanate, as “Tatar” populations from around the 14th century. The two were linked and labeled with terms such as the “Golden Horde,” used to indicate the far-reaching scope of the Mongol invasions led by the likes of Genghis Khan. However, historians believe the term Tatar dates back much earlier, to around the 5th century CE, and Tatar tribes and nomads had by the 6th century spread out far and wide across the Asian continental land mass, stretching from Mongolia in the east to what is now Kazakhstan in Central Asia, all the way to modern day Bulgaria and Turkey. Tatars also settled in the Volga region, the location where they are predominantly based today. It was in Volga where Tatars are first believed to have adopted Islam in 922 CE, having received a delegation from Baghdad.

As the centuries progressed, the Tatars came to represent an important group within Russia and its surrounding countries, as not only members of those societies but also sitting slightly outside the establishment. One example would be Ukraine, where the Crimean Tatars were important players in the politics and trade of the region, but who were essentially independent until the Russian Empire came to dominate the Crimean Peninsula.