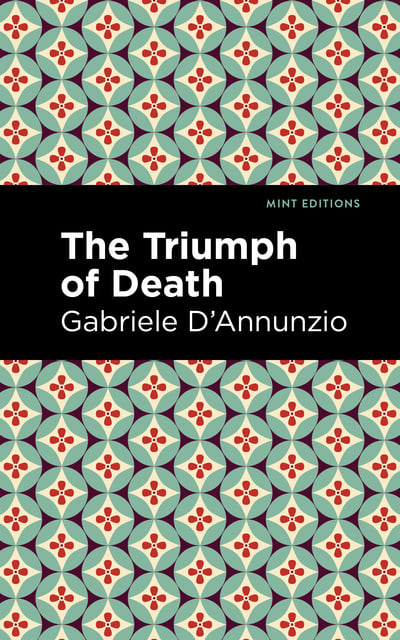 The Triumph of Death (1894) is a novel by Gabriele D’Annunzio. The third in a cycle of novels exploring the lives of the Italian bourgeoisie, The Triumph of Death was inspired by the author’s interpretation of the work of Friedrich Nietzsche and Walter Pater. Considered a central text of Italian Decadentism, the novel has earned comparisons to the work of Oscar Wilde and Joris-Karl Huysmans.

“When she perceived a group of men leaning against the parapet and looking down into the street below, Hippolyte stopped and exclaimed: ‘What has happened?’ With a slight gesture, betraying fear, she placed her hand involuntarily on George's arm as if to restrain him. After watching the men a moment George said: ‘Someone must have leaped from off the terrace." After witnessing a suicide, Giorgio Aurispa leaves Rome and his lover Ippolita to return to his family in Guardigrele.

Reminded of the beauty of the mountains where he was born, he is soon drawn into conflict with his father, a vain nobleman who has left his mother for a mistress and spent every last penny of their immense family fortune. Reminded of his uncle’s tragic death, overwhelmed with his responsibilities as a son, Giorgio flees the mountains for the coast, buying a home in San Vito Chietino where he attempts to pick up where he left off with Ippolita.

Gloomy and paranoid, Giorgio struggles to regain his sense of beauty, the only thing in life he ever loved. With a beautifully designed cover and professionally typeset manuscript, this edition of Gabriele D’Annunzio’s The Triumph of Death is a classic work of Italian literature reimagined for modern readers.