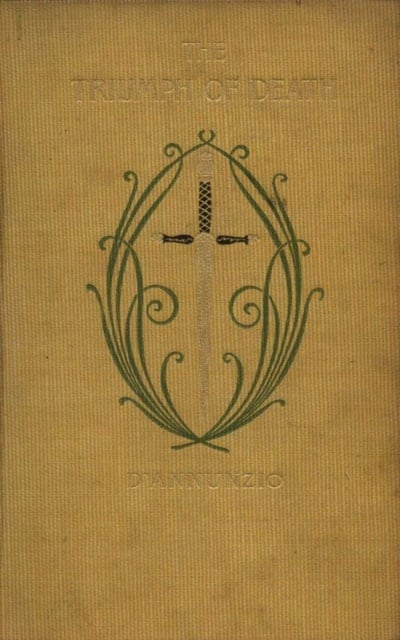 Gabriele D'Annunzio, Prince of Montenevoso, Duke of Gallese OMS CMG MVM, sometimes spelled d'Annunzio, was an Italian writer, poet, journalist, playwright and soldier during World War I. He occupied a prominent place in Italian literature from 1889 to 1910 and later political life from 1914 to 1924. D'Annunzio was associated with the Decadent movement in his literary works, which interplayed closely with French Symbolism and British Aestheticism. Such works represented a turn against the naturalism of the preceding romantics and was both sensuous and mystical. He came under the influence of Friedrich Nietzsche which would find outlets in his literary and later political contributions. His affairs with several women, including Eleonora Duse and Luisa Casati, received public attention. During the First World War, perception of D'Annunzio in Italy transformed from literary figure into a national war hero. He was associated with the elite Arditi storm troops of the Italian Army and took part in actions such as the Flight over Vienna. As part of an Italian nationalist reaction against the Paris Peace Conference, he set up the short-lived Italian Regency of Carnaro in Fiume with himself as Duce. The constitution made "music" the fundamental principle of the state and was corporatist in nature.