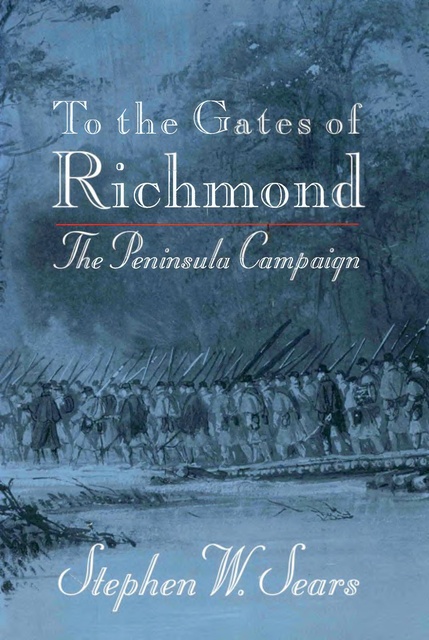 To the Gates of Richmond: The Peninsula Campaign

To the Gates of Richmond: The Peninsula Campaign

This account of McClellan’s 1862 campaign is “a wonderful book” (Ken Burns) and “military history at its best” (The New York Times Book Review).

From “the finest and most provocative Civil War historian writing today, ” To the Gates of Richmond is the story of the one of the conflict’s bloodiest campaigns (Chicago Tribune). Of the 250,000 men who fought in it, only a fraction had ever been in battle before—and one in four was killed, wounded, or missing in action by the time the fighting ended.

The operation was Gen. George McClellan’s grand scheme to march up the Virginia Peninsula and take the Confederate capital. For three months McClellan battled his way toward Richmond, but then Robert E. Lee took command of the Confederate forces. In seven days, Lee drove the cautious McClellan out, thereby changing the course, if not the outcome, of the war.