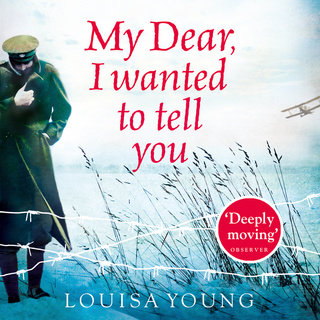 Schrijver: Louisa Young
Voorlezer: Dan Stevens
Format: Luisterboek
10U 48M
Engels
4,3
Set on the Western Front, in London and in Paris, MY DEAR I WANTED TO TELL YOU is a moving and brilliant novel of love, class and sex in wartime, and how war affects those left behind as well as those who fight.

While Riley Purefoy and Peter Locke fight for their country, their survival and their sanity in the trenches of Flanders, Nadine Waveney, Julia Locke and Rose Locke do what they can at home.

Beautiful, obsessive Julia and gentle, eccentric Peter are married: each day Julia goes through rituals to prepare for her beloved husband’s return. Nadine and Riley, only eighteen when the war starts, and with problems of their own already, want above all to make promises - but how can they when the future is not in their hands? And Rose? Well, what did happen to the traditionally brought-up women who lost all hope of marriage, because all the young men were dead?
Meer info over het luisterboek:
Uitgeverij: HarperCollins
Verschenen: 2011-03-17
ISBN: 9780007421466
10U 48M
Engels
4,3
Categorie: Romans
Historische fictie Op het strand

The Light of Paris

Only a Mother Knows

The Palace of Curiosities