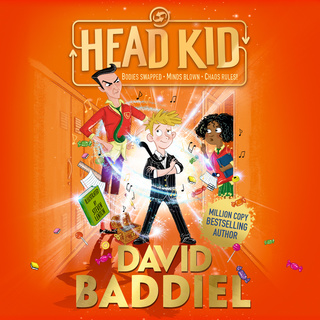 
Perfect for family listening, this multi cast recording brings David Baddiel’s ‘Head Kid’ to life showcasing each and every character from David’s world including characters from previous books!

Bracket Wood is about to be visited by OFFHEAD, the school inspectors. But there’s one big problem: Ryan Ward.

The maestro of practical jokes, Ryan has played so many tricks that in the end the Head Teacher just walks out. And then the new Head Teacher, Mr Carter, arrives. A man so strict even the teachers are scared of him. So imagine his surprise – and Ryan’s – when they swap bodies.

Now Ryan is Head Teacher – and his mortal enemy is one of his pupils. It’s every naughty kid’s dream!

You Only Die Twice

On the Road: Stories to Make a Journey Fly By – That Time I Got Kidnapped, The Taylor Turbochaser, The Kid Who Came from Space

The Super Life of Ben Braver