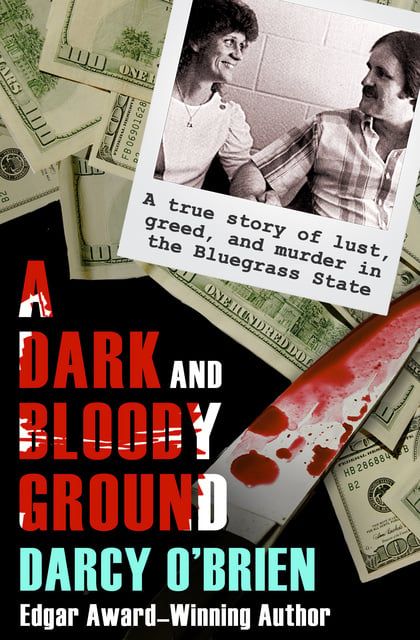 A Dark and Bloody Ground: A True Story of Lust, Greed, and Murder in the Bluegrass State

A Dark and Bloody Ground: A True Story of Lust, Greed, and Murder in the Bluegrass State

An Edgar Award–winning author’s true crime account of a grisly string of killings in Kentucky—and the shocking spectacle of greed that followed.

Kentucky never deserved its Indian appellation “A Dark and Bloody Ground” more than when a small-town physician, seventy-seven-year-old Roscoe Acker, called in an emergency on a sweltering evening in August 1985. Acker’s own life hung in the balance, but it was already too late for his college-age daughter, Tammy, savagely stabbed eleven times and pinned by a kitchen knife to her bedroom floor. Three men had breached Dr. Acker’s alarm and security systems and made off with the fortune he had stashed away over his lifetime.

The killers—part of a three-man, two-woman gang of the sort not seen since the Barkers—stopped counting the moldy bills when they reached $1.9 million. The cash came in handy soon after when they were caught and needed to lure Kentucky’s most flamboyant lawyer, the celebrated and corrupt Lester Burns, into representing them. Full of colorful characters and desperate deeds, A Dark and Bloody Ground is a “first-rate” true crime chronicle from the author of Murder in Little Egypt (Kirkus Reviews).

“An arresting look into the troubled psyches of these criminals and into the depressed Kentucky economy that became fertile territory for narcotics dealers, theft rings and bootleggers.” —Publishers Weekly

“A fascinating portrait of the mountain way of life and thought that forged the lives of these criminals.” —Library Journal