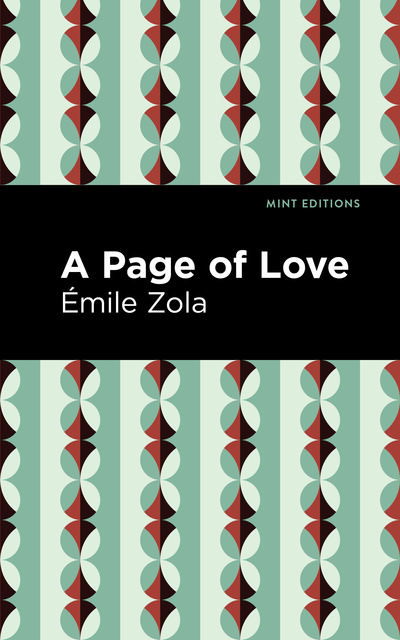 A Page of Love

A Page of Love

A Page of Love (1878) is a novel by French author Émile Zola. The eighth of twenty volumes of Zola’s monumental Les Rougon-Macquart series is an epic story of family, politics, class, and history that traces the disparate paths of several French citizens raised by the same mother.

Spanning the entirety of the French Second Empire, Zola provides a sweeping portrait of change that refuses to shy away from controversy and truth as it gets to the heart of heredity and human nature. Hélène Grandjean, a member of the Mouret family, finds herself desperate and alone when her husband Charles dies from a sudden illness. Left as the sole guardian of her young daughter Jeanne, she does her best to provide while overcoming the boundaries of life in a strange new town.

Having moved from Marseilles to the suburbs of Paris only days before Charles’ death, Hélène longs for friendship and community. When Jeanne suffers a violent seizure, she receives assistance from her neighbour, Dr. Deberle. Soon, Hélène befriends Deberle and his wife Juliette, who introduce her to their family and small circle of acquaintances. Although she remains wary of romance, Hélène soon finds herself falling in love with a kind and gentle man, a figure capable of caring for her and her young daughter—a man who is already married.

A Page of Love is a story of family and fate, a thrilling and detailed novel that continues a series rich enough for its author to explore in twenty total volumes. With a beautifully designed cover and professionally typeset manuscript, this edition of Émile Zola’s A Page of Love is a classic work of French literature reimagined for modern readers.