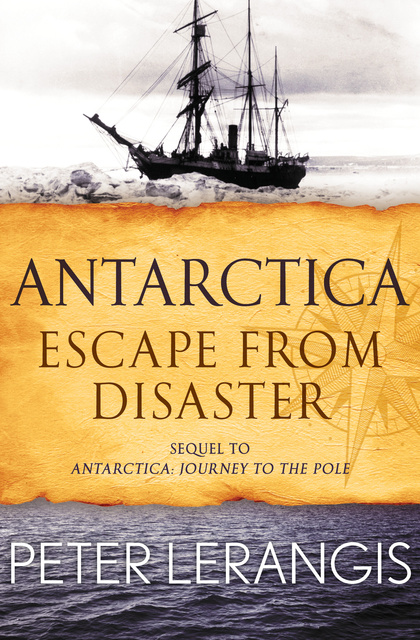 Trapped in Antarctic ice, Jack Winslow and his sons fight to get home

It has been nearly a year since Jack Winslow and his two sons, Colin and Andrew, set out to conquer Antarctica. While Colin and most of the crew stayed behind on the ship, Andrew made a dash for the South Pole, nearly dying in the process. When he returns to the Mystery, frostbitten and frail, the ship has become wedged between two ice floes. As the crew hacks at the ice with pick-axes, trying desperately to free the ship, the ice shifts, shattering the hull and giving the Winslows and their team just enough time to gather provisions before the Mystery plummets into the frigid water. Hundreds of miles of ice and sea stand between the Winslows and safety. As food becomes scarce, the crew begins grumbling of mutiny. Colin and Andrew are tired, hungry, and freezing cold—but their struggle for survival has only just begun. This ebook features an illustrated biography of Peter Lerangis including rare photos and never-before-seen documents from the author’s personal collection.