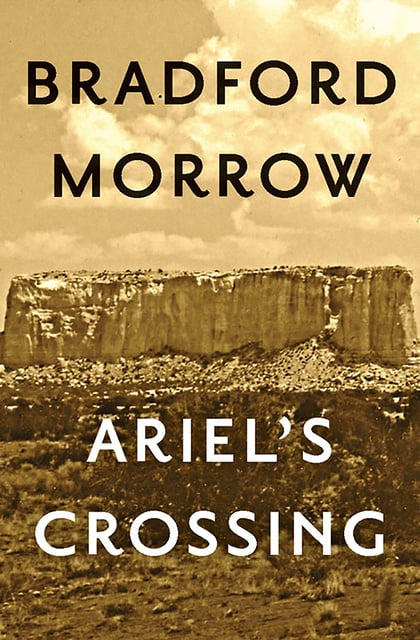 Ariel Rankin seeks to locate and save her unknown father—a man deeply scarred by his secret and brutal role in the history of his country
In the sequel to Bradford Morrow’s heralded Trinity Fields,young New Yorker Ariel Rankin learns that her birth father is not the man who raised her but rather a soldier named Kip Calder who disappeared into the jungles of Laos during the Vietnam War. Hoping to preserve her otherwise happy life, she pushes the revelation out of her mind. But when Ariel finds herself confronting motherhood, she decides to pursue the parent she never knew—a dying man burdened by some of his country’s most terrible secrets, who has returned home to New Mexico in search of redemption. Her quest will take her from the holy village of Chimayo to the highly restricted, pitiless deserts of the White Sands Proving Grounds as she goes straight to the heart of the American experience. Evoking the rugged beauty of the New Mexican landscape, Ariel’s Crossing weaves social with magic realism while creating a moving portrait of that elusive thing we call home.