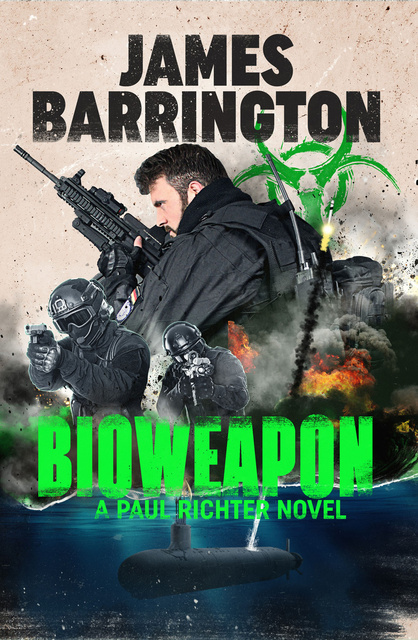 A death that doesn’t make sense. A forgotten experiment. The world’s most devastating weapon.
A weapons scientist in Cambridge is found dead under suspicious circumstances. Then a researcher at military science centre Porton Down goes missing.

Paul Richter is on assignment in Amsterdam, chasing a lead from the GRU. What he finds is deeply worrying. Old weapons research is being unearthed, and powerful people blackmailed to keep the truth behind the two incidents hidden.

As events spiral out of control, leading to an epic culmination on the Red Sea, Richter must battle against time to unravel this sinister plot, or face the full, unimaginable consequences...
From bestselling author James Barrington comes the next scintillating installment in the Paul Richter thriller series, perfect for fans of James Deegan, Chris Ryan and Andy McNab.