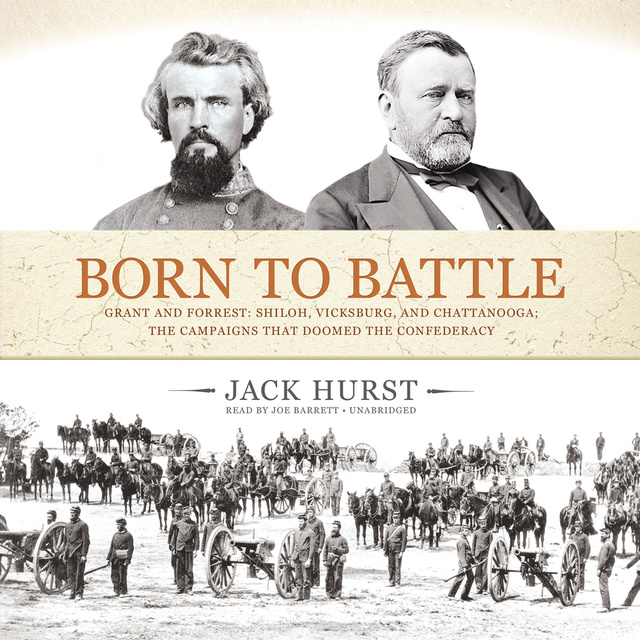 Born to Battle examines the Civil War’s complex and decisive western theater through the exploits of its greatest figures: Ulysses S. Grant and Nathan Bedford Forrest. These two opposing giants squared off in some of the most epic campaigns of the war, starting at Shiloh and continuing through Perryville, Vicksburg, Chickamauga, and Chattanooga—battles in which the Union would slowly but surely divide the western Confederacy, setting the stage for the final showdowns of this bloody and protracted conflict.

Grant is widely regarded as the man most responsible for winning the war for the Union; Forrest, as the Confederacy’s most fearsome defender in the West. Both men had risen through their respective hierarchies thanks to their cunning and military brilliance, and despite their checkered pasts. Grant and Forrest were both lower-born officers who struggled to overcome particular, dubious reputations (Forrest’s as a semiliterate rustic and Grant’s as a doltish drunkard). In time, each became renowned for his intelligence, resourcefulness, and grit. Indeed, as Hurst shows, their familiarity with hardship gave both men a back-against-the-wall mindset that would ultimately determine their success—both on and off the battlefield.

Beginning with the Union victory at Tennessee’s Fort Donelson in February 1862 (when Grant handed the Union the largest force ever captured on American soil, refurbishing his reputation and earning himself the nickname “Unconditional Surrender Grant”), Hurst follows both men through the campaigns of the next twenty months, showing how this critical period—and these two unequaled leaders—would change the course of the war. Again and again, Grant’s hardscrabble tactics saved Federal forces from the disastrous decisions of his fellow commanders, who seemed unable to think outside of the West Point playbook. Just as often, Forrest’s hot temper and wily frontier know-how would surprise his Federal adversaries and allow him to claim astonishing victories on behalf of the Confederacy. But as Grant pressed south and east over the course of these twenty months—routing Confederate forces at such critical strongholds as Corinth; Vicksburg, the “Gibraltar of the Mississippi”; and Chattanooga—the systemic differences between the North and South began to tell. The more inclusive, meritocratic Union allowed Grant to enter into the military’s halls of decision, whereas the proudly aristocratic Confederate high command barred Forrest from theirs. As Hurst vividly demonstrates, that disparity affected, and possibly dictated, the war’s outcome. Thoroughly disgusted with his disdainful superiors and their failure to save his home state of Tennessee from the clutches of the Union, Forrest eventually requested a transfer to a backwater theater of the war. Grant, by contrast, won command of the entire Union army following his troops’ stunning performance at Chattanooga, and would go on to lead the North to victory over the forces of another exceptional Southern general: Robert E. Lee.

An utterly American tale about class and merit and their role in one of the most formative wars in the nation’s history, Born to Battle offers an impassioned account of two visionary Civil War leaders and the clashing cultures they fought—in some cases, quite ironically—to protect. Hurst shows how Grant and Forrest brought to the battlefield the fabled virtues of the American working class: ingenuity, hard work, and intense determination. Each man’s background contributed to his triumphs on the battlefield, but the open-mindedness of his fellow commanders proved just as important. When the North embraced Grant, it won a stalwart defender. When the South rejected Forrest, by contrast, it sealed its fate. 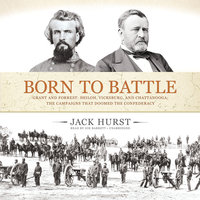