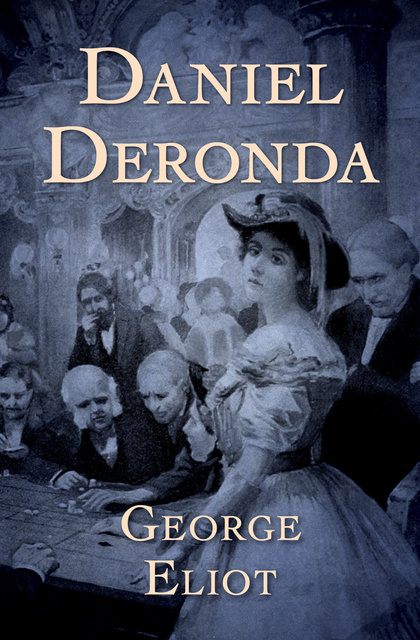 Two members of the British upper class are drawn together—and torn asunder—by their search for self in this “startling and unexpected novel” (A. S. Byatt).

As a true scion of the English gentry, Daniel Deronda has been raised with the expectation that he will take his rightful place in society—despite being possessed of a disquiet he cannot ignore. When he spies the beautiful Gwendolen Harleth, he senses a similarly dissatisfied soul in her. However, their shared discontent takes them in vastly different directions.

Upon discovering some unsettling possibilities about his own ancestry, Daniel is drawn into the world of Judaism and the discipline and spiritual growth it entails while Gwendolen fiercely desires to be freed from her oppressive marriage to noble Henleigh Mallinger Grandcourt and rectify mistakes from her past in order to live on her own terms. The two find their paths intertwined as they seek life outside of their station.

Set at the height of the British Empire, where racism, sexism, and the strict hierarchy of an absolutely uncompromising society held sway, Daniel Deronda is a jarring, emotional tale of a time and place often romanticized but rarely examined in all its facets, both glorious and grotesque.