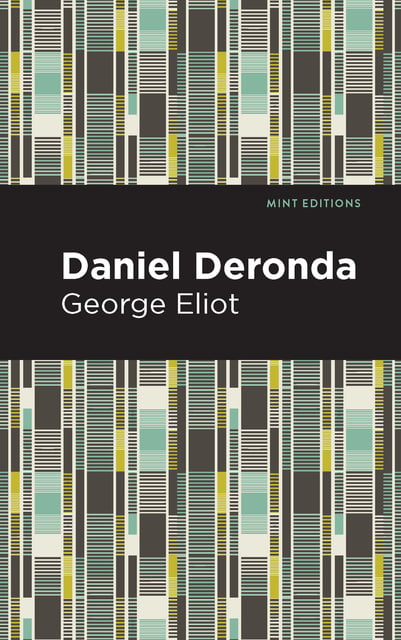 Daniel Deronda is a goodhearted man who’s often occupied with the struggles of others including the selfish Gwendolen Harleth and the young runaway, Mirah Lapidoth. In an effort to help Mirah, Daniel is exposed to a different culture and experiences that challenge everything he knows.

Daniel Deronda grew up without a clear understanding of his family or heritage. He was raised as the ward of a wealthy gentleman called Sir Hugo Mallinger. Despite his unusual circumstance, Daniel always finds time to help others in need. He attempts to counsel a young woman, Gwendolen, who struggles to find stability after her family loses their fortune. He also intervenes with a Jewish girl, Mirah, who tries to drown herself in a river. In the midst of their troubles, Daniel makes a stunning revelation about his own history and potential future.

This story gives insight into the social and political outlook of Jewish culture in Victorian era England. Eliot’s depiction of the community was a rarity at the time and provided unique representation. Daniel Deronda remains a standout amongst the author’s illustrious catalog.

With an eye-catching new cover, and professionally typeset manuscript, this edition of Daniel Deronda is both modern and readable.