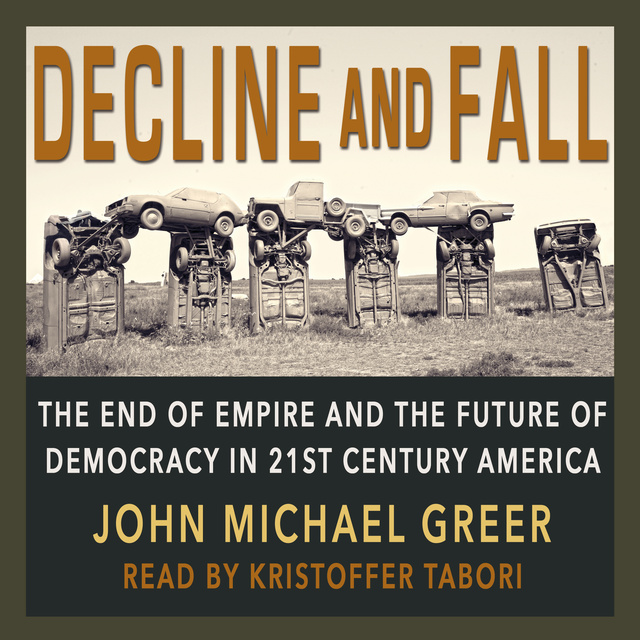 Decline & Fall: The End of Empire and the Future of Democracy in 21st Century America

Decline & Fall: The End of Empire and the Future of Democracy in 21st Century America

Mere anarchy is loosed upon the world.

Although writing nearly a century ago, William Butler Yeats could easily be describing the United States today. The central feature of today's geopolitical landscape is the imminent decline and fall of America's global empire, and our response to it will determine much of our future, with implications reaching far beyond the limits of the United States' borders.

Decline and Fall: The End of Empire and the Future of Democracy in 21st Century America challenges the conventional wisdom of empire. John Michael Greer uses a wealth of historical examples combined with groundbreaking original analysis to show how, in the pursuit of political and economic power, the United States has backed itself into a corner, explores the inevitable consequences of imperial collapse, and argues that the only constructive way forward is a renewal of democratic institutions.

Rather than asking whether today's American empire should survive, Greer shifts the conversation to whether it can survive, and argues persuasively that the answer to the latter question is "no." An invaluable contribution to the body of speculative post-industrial literature, this book is a must-read for anyone worried about the state of the Union, or who thinks that it is time to reinvent the American Dream. John Michael Greer is a scholar of ecological history, an internationally renowned Peak Oil theorist, and the author of more than thirty books including The Long Descent. 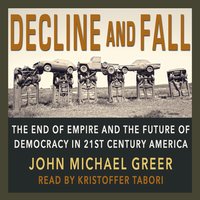