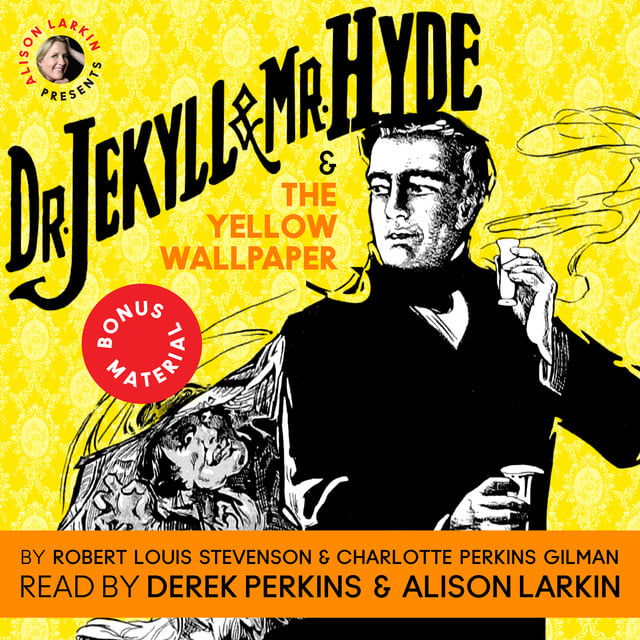 Dr. Jekyll and Mr. Hyde & The Yellow Wallpaper: With Commentary by Alison Larkin

Dr. Jekyll and Mr. Hyde & The Yellow Wallpaper: With Commentary by Alison Larkin

The Strange Case of Dr Jekyll and Mr Hyde grew out of a horrifying nightmare Robert Louis Stevenson had one night in Bournemouth, England in 1886. The Yellow Wallpaper sprang from a catastrophic nervous breakdown Charlotte Perkins Gilman had six years later on the other side of the Atlantic following the birth of her daughter.
Now these two haunting, iconic tales are brought together for the first time in this powerful classic audio exploration of madness and the duality of the human soul.
Read by A-list narrators Derek Perkins and Alison Larkin, this rich audio experience also includes commentary by Alison Larkin and Why I Wrote the Yellow Wallpaper by Charlotte Perkins Gilman.
Derek Perkins is the Audie and AudioFile Earphones award winning narrator of over 200 books including A Christmas Carol by Charles Dickens and AudioFile Magazine's Best Voice of the Year.
Alison Larkin is the bestselling author of The English American and the AudioFile Earphones award-winning narrator of over 200 books including The Complete Novels by Jane Austen.
Title music by Gary Schriener and Curt Sobel. 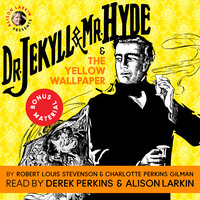