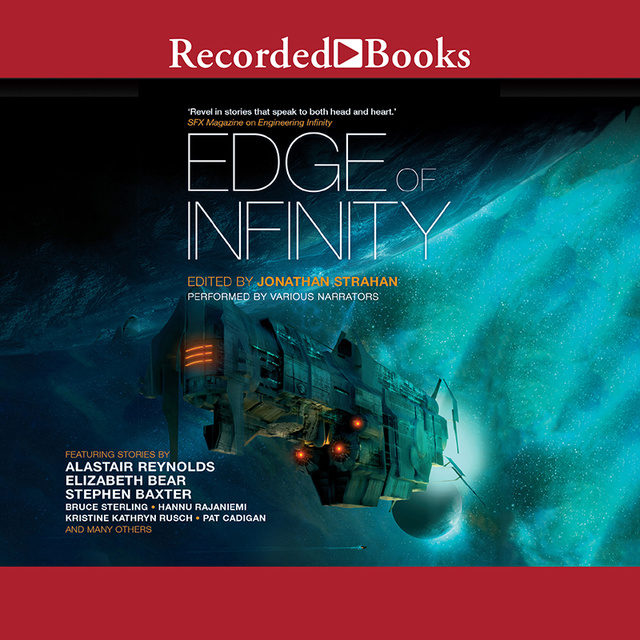 Those were Neil Armstrong's immortal words when he became the first human being to step onto another world. All at once, the horizon expanded; the human race was no longer Earthbound. Edge of Infinity is an exhilarating new SF anthology that looks at the next giant leap for humankind: the leap from our home world out into the Solar System. From the eerie transformations in Pat Cadigan's Hugo-award-winning "The Girl-Thing Who Went Out for Sushi" to the frontier spirit of Sandra McDonald and Stephen D. Covey's "The Road to NPS," and from the grandiose vision of Alastair Reynolds' "Vainglory" to the workaday familiarity of Kristine Kathryn Rusch's "Safety Tests," the thirteen stories in this anthology span the whole of the human condition in their race to colonize Earth's nearest neighbors. Featuring stories by Hannu Rajaniemi, Alastair Reynolds, James S. A. Corey, John Barnes, Stephen Baxter, Kristine Kathryn Rusch, Elizabeth Bear, Pat Cadigan, Gwyneth Jones, Paul McAuley, Sandra McDonald, Stephen D. Covey, An Owomoyela, and Bruce Sterling, Edge of Infinity is hard SF adventure at its best and most exhilarating. Author bio: Jonathan Strahan is an editor and anthologist. He co-edited The Year's Best Australian Science Fiction and Fantasy anthology series in 1997 and 1998. He is also the reviews editor of Locus. He lives in Perth, Western Australia with his wife and their two daughters. 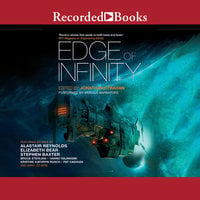