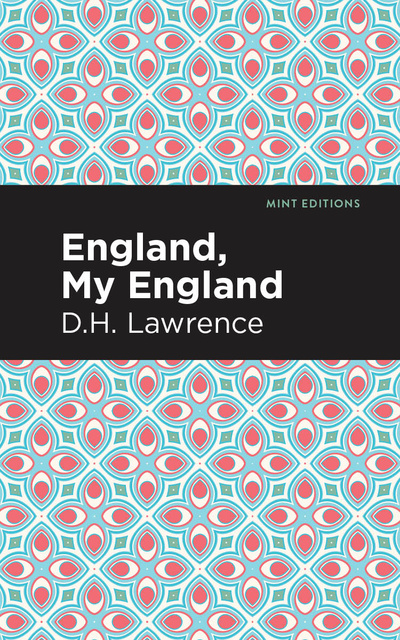 England, My England and Other Stories

England, My England and Other Stories

With beautiful prose and defined characters, England, My England is a collection of ten works of short fiction written by the provocative and controversial author, D.H Lawrence. Many of these stories are set during and revolve around World War Ⅰ, such as Wintry Peacock. When her husband goes off to war, a woman finds herself moving in with her in-laws as she eagerly waits for his return. Around the time he is meant to come home, a letter arrives for him, written in French. Sent by the husband’s mistress, the letter details the affair he had, and that the mistress was with child because of it. Though the letter also warned of the mistress’s plans to move to England with her baby to be with the husband, the wife was unable to translate the French, leading to a situation of unfortunate misdirect and miscommunication. Other stories among this collection focus on the unfair societal expectations of women. You Touched Me follows the story of an adopted son and dying patriarch blackmailing an eldest daughter into marrying the son. Samson and Delilah depicts the complicated reunion of a husband and wife after the husband had abandoned his wife and newborn child fifteen years prior. Fannie and Annie excellently portrays the societal pressure for women to settle for less as it depicts Fannie, a well-educated woman, returning to her hometown to marry an unmotivated man who has illicit affairs with other women. Exploring the opposite perspective of a similar situation, The Primrose Path inspects the consequences of a man who lives a fleeting lifestyle—jumping from place to place, job to job, and woman to woman. Features themes of love, feminism, and sexuality, D.H Lawrence explores complicated relationships during the 20th century amid a world war and unjust and harmful social expectations. England, My England explores issues of society with a dark and biting tone, creating narratives that are not easily forgotten, and relate to ever-present human struggles. This edition of England, My England by D.H Lawrence features a new eye-catching cover design and is printed in a font that is both modern and readable to cater to a contemporary audience.