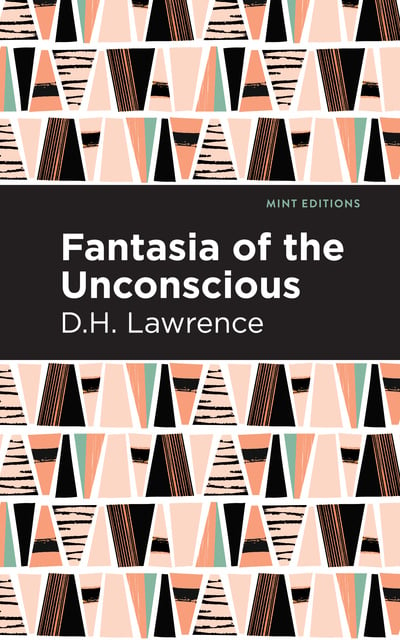 Fantasia of the Unconscious

Fantasia of the Unconscious

After the release of D.H Lawrence’s compelling novel, Sons and Lovers, which details a complicated and borderline abusive relationship between a mother and son, many critics sought issues with the content, accusing Lawrence of writing a shameful and incestuous novel. Amid this criticism, Lawrence was inspired to write Fantasia of the Unconscious, explaining the themes and topics that often find their way into his work while defending himself against the raging criticism of Sons and Lovers. Though Lawrence admits his bias, as well as acknowledging that he is not a scientist nor a scholar, he supports his psychoanalytic claims and raises concerns that had previously been unvoiced. First, Lawrence debunks popular Freudian psychology and Oedipus theories, mainly to defend his novel, Sons and Lovers, which was semi-autobiographical, from the claims that the mother and son depicted in the novel had a sexual relationship. Lawrence continues to analyze social practices and expectations of marriage, raising children, education, and political action. He challenged the very idea of self, which is a cornerstone of Western culture. Furthermore, Lawrence articulates the mental struggles that exists between emotional and intellectual identities, discussing the polarity of each and the cases in which they intersect, causing a turmoil of contradiction. Though he is not trained in the science, D.H Lawrence spent a lifetime writing about human observations that others found too grotesque or taboo to acknowledge, allowing Lawrence to have a certain expertise on such issues. With psychoanalytic theory, Lawrence supports his views, theories, and philosophies that often invited controversy in the literary and social realm. With poem-like prose and abstract ideas, D.H Lawrence proposes theories that surprises and compels readers. Described as being ahead of its time, Fantasia of the Unconscious introduces ideas that can be examined in practice in modern society. With insight on topics of education, marriage, and social norms, Fantasia of the Unconscious is an illuminating guide to D.H Lawrence’s other works. This edition of Fantasia of the Unconscious is now presented in an easy-to-read font and features a new, eye-catching cover design to cater to contemporary readers.