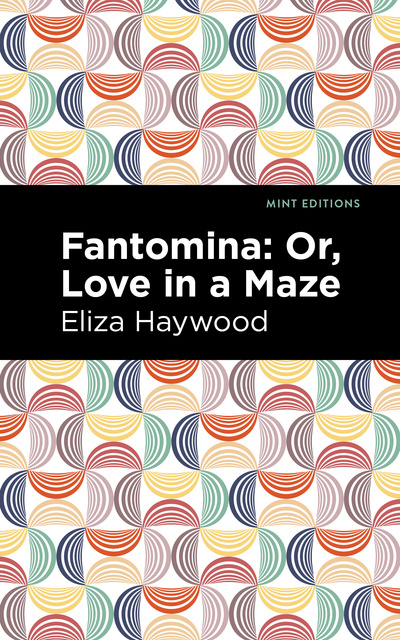 Fantomina: Or, Love in a Maze

Fantomina: Or, Love in a Maze

Fantomina: Or, Love in a Maze (1725) is a novel by Eliza Haywood. Blending tragedy and comedy, Haywood revolutionizes the novel by turning the common trope of the persecuted maiden on its head. A story of individual autonomy and sexual freedom, Fantomina: Or, Love in a Maze is considered a prime example of the popular genre of amatory fiction, which often exposes the imbalance between male and female desire in a patriarchal society.

Fantomina is an independent woman, a prostitute for whom desire is a powerful tool. Celia, an innocent country girl, is a young maiden unfamiliar with the ways of love. Mrs. Bloomer, a widow, knows what it is to love and to lose. Incognita is a mysterious masked woman who meets with men in the dead of night. Each of these women is involved sexually with Beauplaisir, a vain and handsome aristocrat.

But they have something else in common—all four lovers are, in fact, the same woman, an unnamed narrator whose infatuation with freedom and innate curiosity lead her on a quest to experience desire in a multitude of ways. With a beautifully designed cover and professionally typeset manuscript, this edition of Eliza Haywood’s Fantomina: Or, Love in a Maze is a classic of English literature reimagined for modern readers.