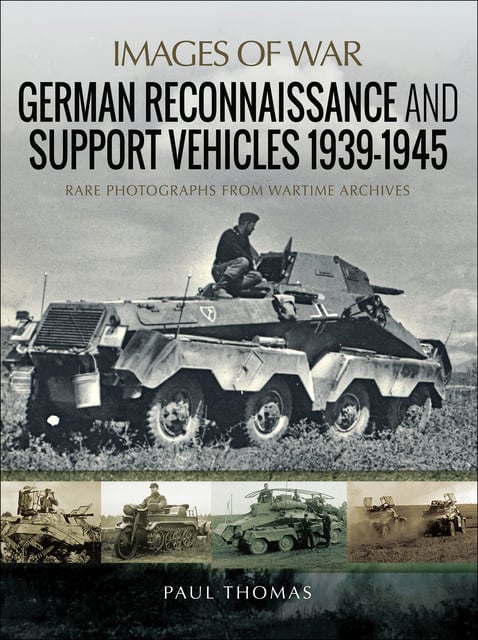 This WWII pictorial history illustrates the full range of Nazi vehicles used in reconnaissance and support missions throughout the war.

The German military used reconnaissance and support vehicles widely in the Second World War. This book illustrates the full range of these vehicles with authoritative information and more than 200 rare wartime photographs.

Both tracked and wheeled vehicles were employed for reconnaissance and screening. These included light tanks such as the Panzer I and Panzer II, armored cars such as the six- and eight- wheeled Schwerer Panzerspähwagen, and motorcycles such as the famous BMW R75 or the Zundapp KS750. In addition to their recon role they would, on occasion, engage similar light units. Support vehicles such as the tracked Sd. Kfz.2 Kettenkrad, and the renowned Sd. Kfz.251 halftracks were used in the follow-up role, frequently with mounted grenadiers to mop up over-run enemy positions.