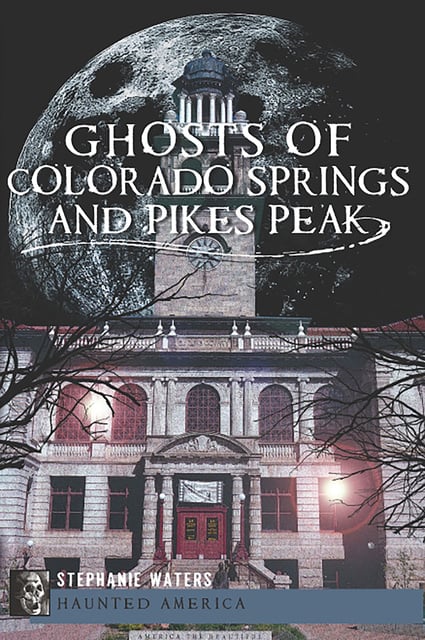 Get your Rocky Mountain high on with creepy tales of demon dogs, pioneer phantoms, and Old West wraiths.

Eerie tales have been part of the city’s history from the beginning: Pikes Peak and Cheyenne Mountain are the subjects of several spooky Native American legends, and Anasazi spirits are still seen at the ancient cliff dwellings outside town. In the Old North End neighborhood, the howls of hellhounds ring through the night, and visitors at the Cheyenne Canon Inn have spotted the spirit of Alex Riddle on the grounds for over a century. Henry Harkin has haunted Dead Mans’ Canyon since his gruesome murder in 1863, and Poor Bessie Bouton is said to linger on Cutler Mountain, hovering where her body was discovered more than a century ago. Ghost hunter and tour guide Stephanie Waters explores the stories behind “Little London’s” oldest and scariest tales.